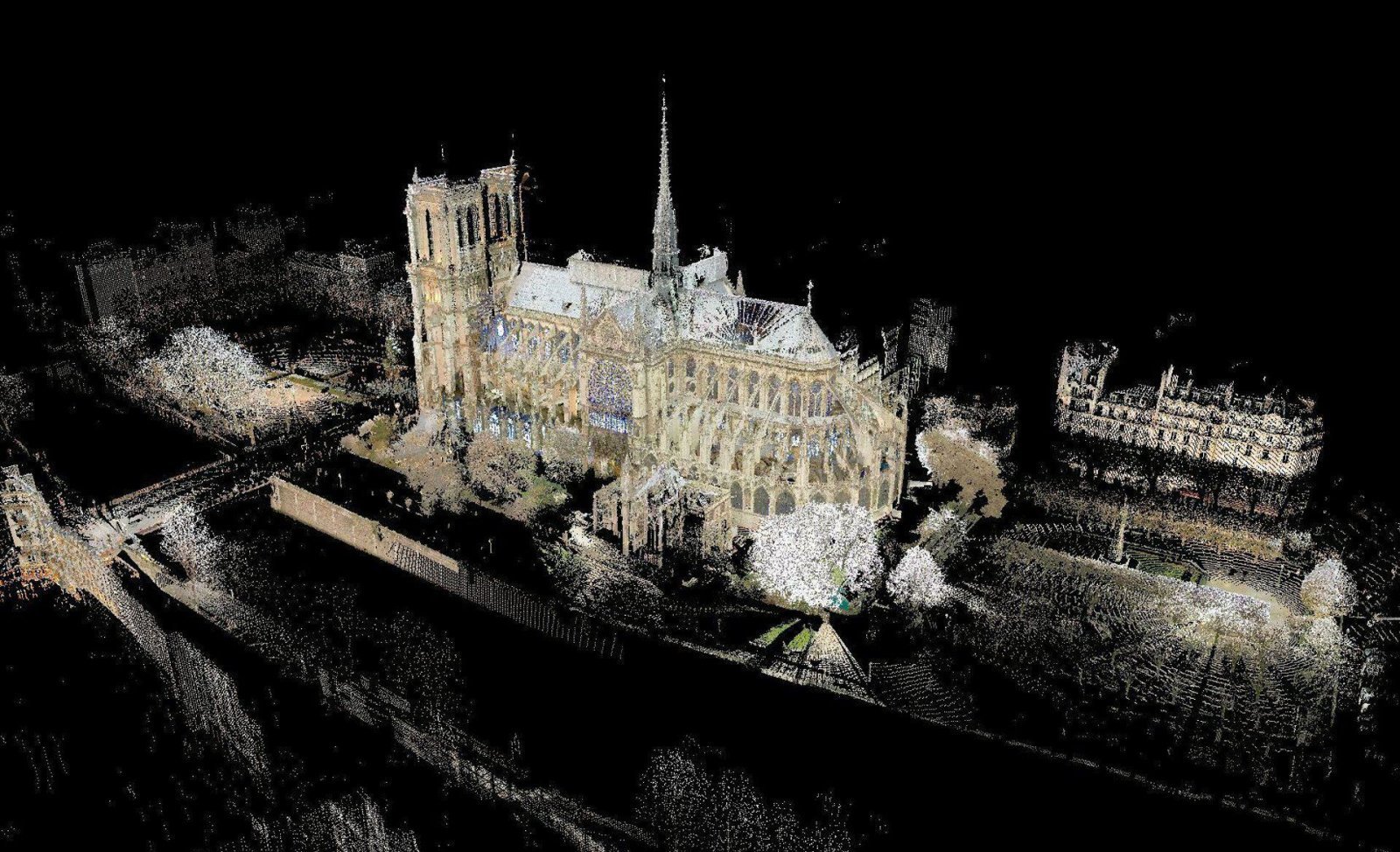 RESTORING BY SCANNING: laser scanner technology and 3D images could be the key to the reconstruction of Notre-Dame.

Notre-Dame, the most famous cathedral in the world, considered the main place of Catholic worship in Paris is in the hands of laser scanner technology.

Built over 800 years ago, the iconic cathedral in 1862 is recognized as a historical monument of France and later a UNESCO World Heritage Site since 1991.

On the evening of 15 April 2019 the cathedral was hit by a serious fire that caused the flèche and roof to collapse, and some portions of the vault collapsed in the central nave and in the transept.

The bearing structure and most of the works of art, including those in the cathedral treasure, have been safely rescued, but the damage suffered remains enormous.

But, despite the global shock, the next day, French President Emmanuel Macron, during his speech to the nation about the fire, announced the reconstruction of the cathedral over a period of five years.

The question we all ask ourselves therefore arises spontaneously, since research, studies and detailed information are needed to restore and reconstruct the monument.

So is it really possible?

It would seem so, and to answer is the historian Andrew Tallon, who in 2015 made a very accurate 3D virtual copy accurate to the millimeter, thanks to a LASER SCAN of the entire building thus providing a map to follow for the reconstruction of the church.

The scan was done by putting together the data taken from 50 different locations, inside and outside Notre Dame, which produced the impressive figure of a billion measurements.

For each scan, the laser scoured the area in each direction, recording the exact location of all the surfaces encountered.

Thanks to laser technology and integration with photogrammetric techniques, the result consists of millions of colored points (point clouds) that combine to form a perfect three-dimensional replica of the cathedral.

Safeguarding the historical and artistic heritage is a duty of humanity, and to do so technological progress helps us to find the best strategies and means to do so.

The laser scanner survey surely represents the most suitable solution to carry out this kind of work and to guarantee an excellent quality result; only in this way it will be possible to retrieve the precious information that will allow us to restore one of the most beautiful, ancient and precious historical monuments in the world.