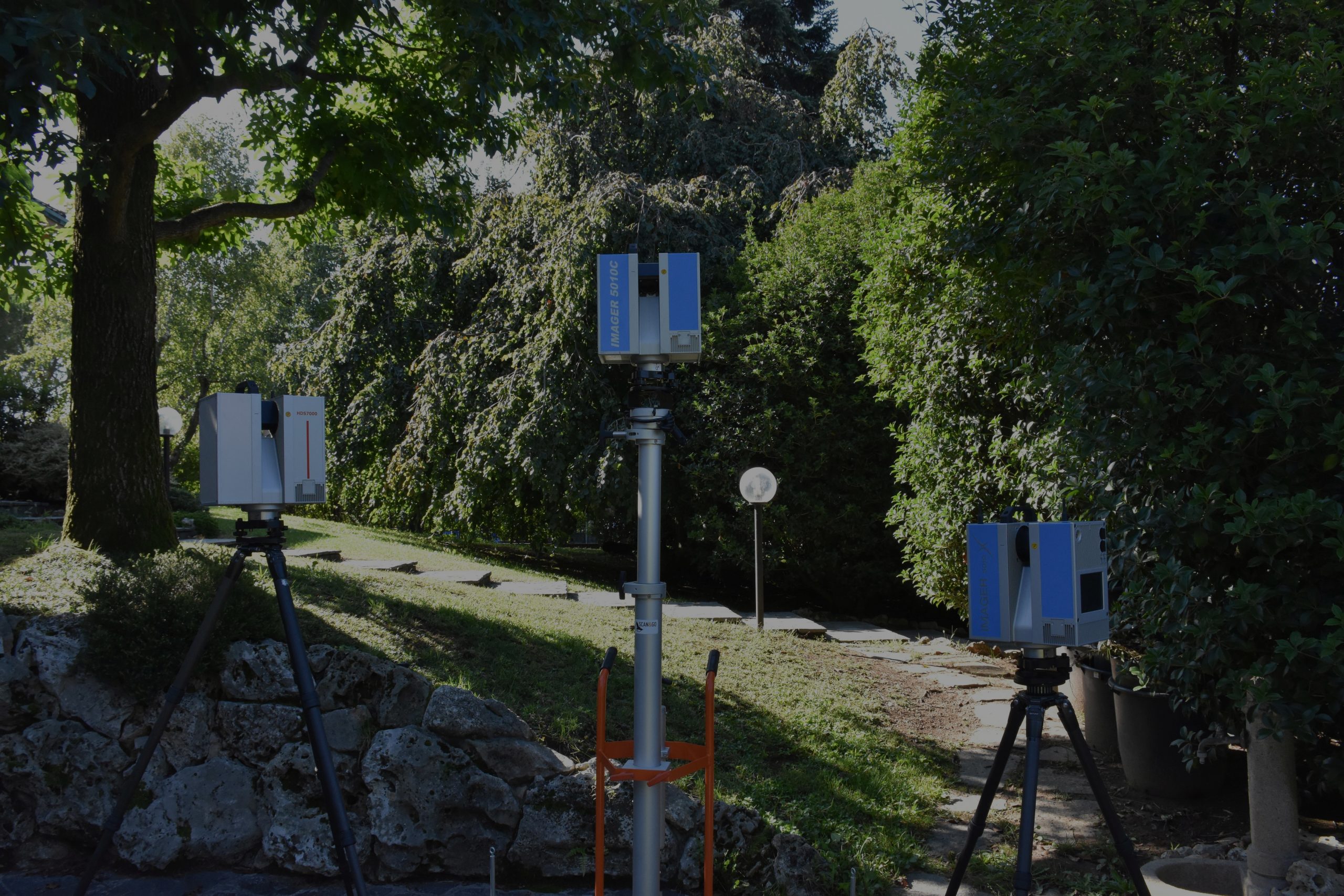 THE BEST INSTRUMENT: how to choose the scanner based on the needs of the survey

In every sector and in every market, even the world of 3D laser scanner surveys is composed of a series of companies that share the market by supplying increasingly technological, performing and competitive products.

Today on the market there are many and different products, each with specific characteristics, different prices, but above all different performances, suitable for specific situations.

Finding a laser scanner that fits any relief at the moment is hard to find on the market. At present there is no tool capable of simultaneously satisfying all the needs that arise on the market.

The choice of the instrument must therefore be made, following a strategic phase that must always precede a survey, based on multiple characteristics:

The first fundamental point to take into consideration when choosing an instrument is without a doubt its accuracy. It appears as a determining factor in the case, for example, of architectural or industrial survey, in which it is necessary to display even small details, while for environmental surveys it is always important but not so fundamental.

The overall quality in the acquisition of the point cloud derives from the combination of the accuracy obtained in the measurement of the individual physical-geometric characteristics, and is also influenced by intrinsic characteristics of the detected object and environmental conditions.

The acquisition speed is a decidedly important factor in terms of detection productivity. The duration of each single scan can in fact last from a few seconds to some tens of minutes.

The factors that influence the speed are manifold, such as for example the visual field of acquisition, the angular step, the measurement principle of the range (ie if the scanner is at flight time, phase difference or triangulation), the distance of the object, the speed of mechanical-optical aiming and deflection systems.

If, for example, you were to scan a single object but with different tools, we could note that, under the same general conditions such as acquisition field, angular range, environmental conditions, etc. the real difference will be given by the range measurement system that will significantly affect the acquisition speed of the single point.

As just pointed out, both the range measurement principle and the maximum distance the sensor can measure are two of the most important variables for choosing the instrument to be used.
Currently, the flow rates of laser scanners on the market range from a few tens of centimeters to several hundred meters. Obviously, in all cases, an increase in the range corresponds to a decrease in the acquisition resolution.

The maximum achievable flow rate value also depends on some factors, such as the characteristics of the emitted signal, the direction in which the laser beam hits the surface of the object, the external “noise” for example disturbances and interference in the presence of light sources artificial, sunlight and other light radiations produced by the reflection of nearby objects, but above all by the reflectivity characteristics of the surface.
In fact the materials with high radio-absorbing power and very inclined surfaces reduce the intensity of the signal returning to the instrument, limiting its range. (see article What are the most common incidents during a 3D laser scanner survey and how to solve them?)

VISUAL FIELD OF THE INSTRUMENT

In the market there are types of scanners, which from the point of view of the visual field of acquisition, can be divided into 2 macro-sectors:

Camera Scanner: characterized by a limited field of view, similar to a camera, by an angular scanning interval which is also quite limited, both on the horizontal and on the vertical plane. Therefore it is a type of scanner recommended for surfaces located long distance for example.
Panorama Scanner: this type of scanner instead has an almost spherical field of view, limited only by the base of the instrument. The almost total coverage of the field of view guarantees detailed and precise scans for example for building interiors.

Combining laser scanning with photogrammetry allows us to obtain a qualitatively exceptional result. Generating textures becomes almost a necessity in some cases. The scanners can have an internal camera, external but integrated in the laser scanner system, or it can be an external camera used directly by the operator.

If the instrument has an internal camera, the digital image is acquired by the CCD inside the instrument, simultaneously with the scan. Generally, in these cases, the acquired image has a rather low quality, due to the limited nature of the photographic equipment.

An alternative solution, which has led to excellent results in terms of quality, is the installation of an external camera mounted on the scanner. The internal parameters, the position and the focal distance and aiming are controlled by this instrument interface software.

As often happens, those who work in this sector often find themselves having to perform scans in areas that are difficult to reach both geographically and practically.
In terms of logistics, practicality and ease of transport are determining factors.
The main features to consider are:

QUALITY OF THE ACQUISITION SOFTWARE

The use of the instrument requires a software interface installed on a PC or tablet generally. Having a quality tool is not always synonymous with quality software.

Having quality software is perhaps one of the most underestimated conditions, but at the same time it is determining.

When we talk about software quality we are talking about:

Therefore having to identify the main instrument is very difficult, if not almost impossible. The variants that take over the choice are many, also accompanied by the requirements of the survey. Probably a piece of each tool would be needed to create the definitive one.

At the moment we can only say that to perform a good survey choosing the right tool is undoubtedly the key to success.