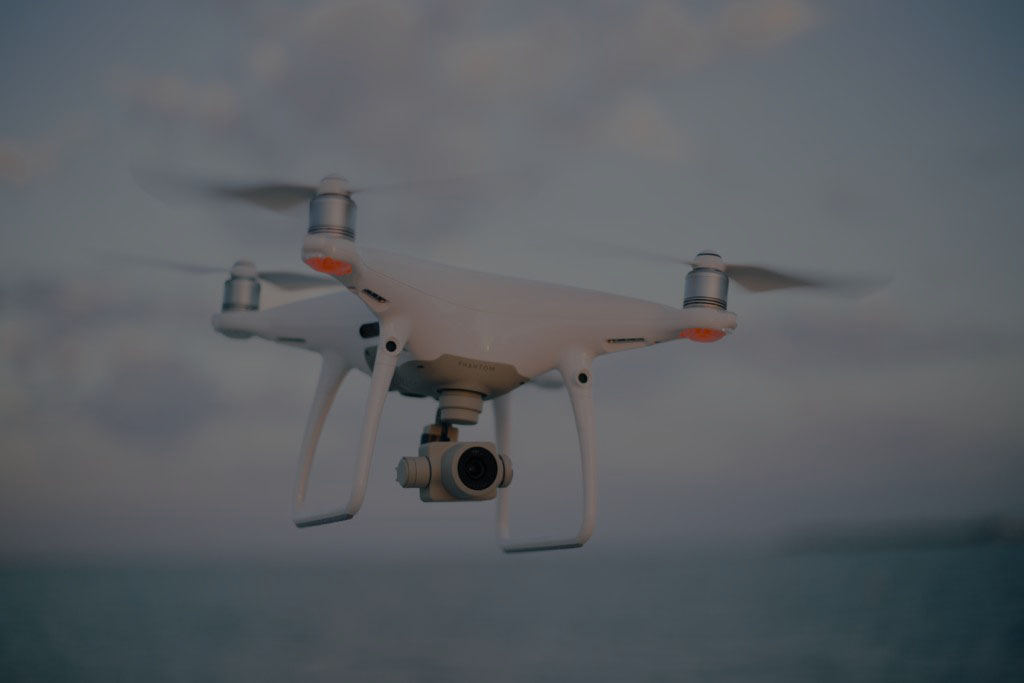 GAME OF DRONES: Permitted flight permit, or nearly so ... we go towards a new regulation for flying with drones.

In recent years, the rapid technological evolution, especially in the field of microprocessors and sensors, combined with the high performance for batteries and motors, has allowed the development of a new class of aircraft, proving to be a new and surprising resource.

The ability to detect objects from above becomes a necessity if you want to have complete information about what we are examining, especially for situations where it becomes difficult or unfit to be able to obtain certain information.

The survey by means of drones represents the new frontier of this profession that has never been so rapidly advanced as ever.

Every survey carried out with the drone allows to return an extremely faithful 3D model to the object detected and thanks to the combination with photogrammetry, the generated 3D model will be high definition and can be inserted in the BIM context keeping all the information necessary to perform surveys or future interventions.

Obviously the survey, if associated with further operations such as field measurements, adding points deriving from the total station, will give the possibility to make the distances metric and then scale the 3D model.

Once the model acquired with the drone has been scaled, it will therefore be possible to take measurements of every type, generate sections and contour lines, export each element in a CAD environment and create orthophotos (real measurable maps on which to design a series of works such as example the safety in the territory or for the regular maintenance).

The applications are numerous, for example to detect agricultural lands, quarries, extra-urban territories, unusable structures, unreachable heights and consequently to be able to carry out different operations such as: land monitoring, environmental and architectural surveys, preservation of cultural heritage and others.

One of the most exciting innovations is the possibility, thanks to dedicated software, to plan a flight mission with a drone. In fact, many of the most recent drones have the ability to be controlled remotely in a fully automatic manner.

Therefore in addition to an advantage in terms of practicality, there will be an advantage in managing the detection activity since the user does not need to directly pilot the aircraft, guaranteeing greater protection of the vehicle and a desk planning of the area to be surveyed. (Riegl video: https://youtu.be/7Kwtzdqzwuw)

“The intention of ENAC is obviously not to wait for 2020-21 when the sovereignty of the Italian legislation on drones will expire, but that of linking up with a path of approach to the European guidelines whose determination we have also participated in” (ENAC Conference : https://youtu.be/57wJVipVcLA)

With this sentence in 2018 a window of change had opened up on the Italian regulation on drone flight, a regulation that to date is not decidedly favorable towards those who own this type of aircraft.

The new European regulation, drawn up by EASA (European Air Safety Agency), which should come into force in a few months, establishes that there is no longer a distinction between recreational drones and drones for professional use. The purpose of using the drone will be indifferent to the future legislation on so-called Open Category. 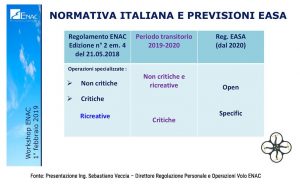 There are also numerous news and changes to the ENAC regulation to align itself in advance with the European one:

Being able to use drones to perform surveys is certainly a big step forward for this sector; the benefits deriving from it are countless starting from the quality of work and the possibility of reaching areas that are usually inaccessible.

In Italy, unfortunately, we are slightly behind the rest of the world, but it would seem that this overly restrictive regulation is about to be overhauled, blunting those sharp edges to allow our drones a serene and safe flight.